I’m a bit biased, and I definitely favour João Pessoa. It is the home of Minha Namorada (My girlfriend), and it is the first place in Brazil I explored. That being said, it is an absolutely wonderful city.

The first time I arrived there, Minha Namorada kept telling me that she was sorry the weather wasn’t cooperating, and that it didn’t look as good as it could be – I had to keep explaining to her, that it was the most beautiful landscape I’d ever seen. João Pessoa is right on the easternmost point of all of mainland South America, and so there are pristine beaches, and wonderful ocean views all around. However, the crazy part is that one the last day I was there, the weather actually improved, and it was that much most beautiful. 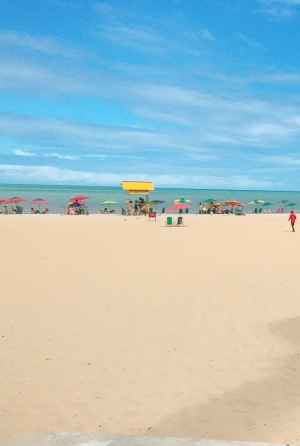 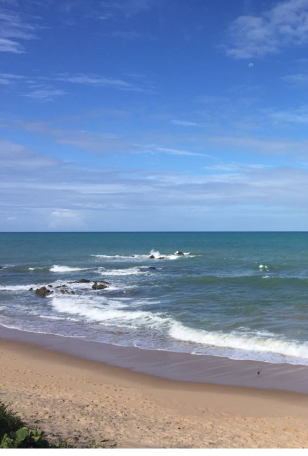 All of the above pictures are from days when it “wasn’t as beautiful” as it can be. I had to catch my flight, so on the last day I didn’t have time to get many pictures, but below is one to give you an idea. While there is a lot of tourism in João Pessoa, and you will see significant amounts of English. That said, the tourism there is largely confined to other Brazilians. On my first visit there, I stayed for a week and the only non-Brazilians I saw were one group of Americans (one of whom was married to a woman from a nearby city), one group of Argentinians, and one single Asian woman. On my second visit to the City, we did visit the City’s downtown though, and that time I saw a lot more non-Brazilians.

One of my favourite places “in” (read: near) João Pessoa is a Praia do Jacaré (Alligator Beach). Don’t let the name fool you, it isn’t famous because of alligators. The name is just a name. It is famous because of the beautiful sunset, and a Saxophonist, Jurandy do Sax, who plays Bolero de Ravel at sunset daily. Tourists and locals alike flock to Praia do Jacaré every day to see the sunset there, so get there early if you want a good view! We went on a random Tuesday, and the crowd was still quite large. Also, remember, João Pessoa is very close to the equator, so the sunsets quite early – they are a bit east for their time zone, so solar noon is actually shortly after 11 a.m., and sunset is around 5 p.m. 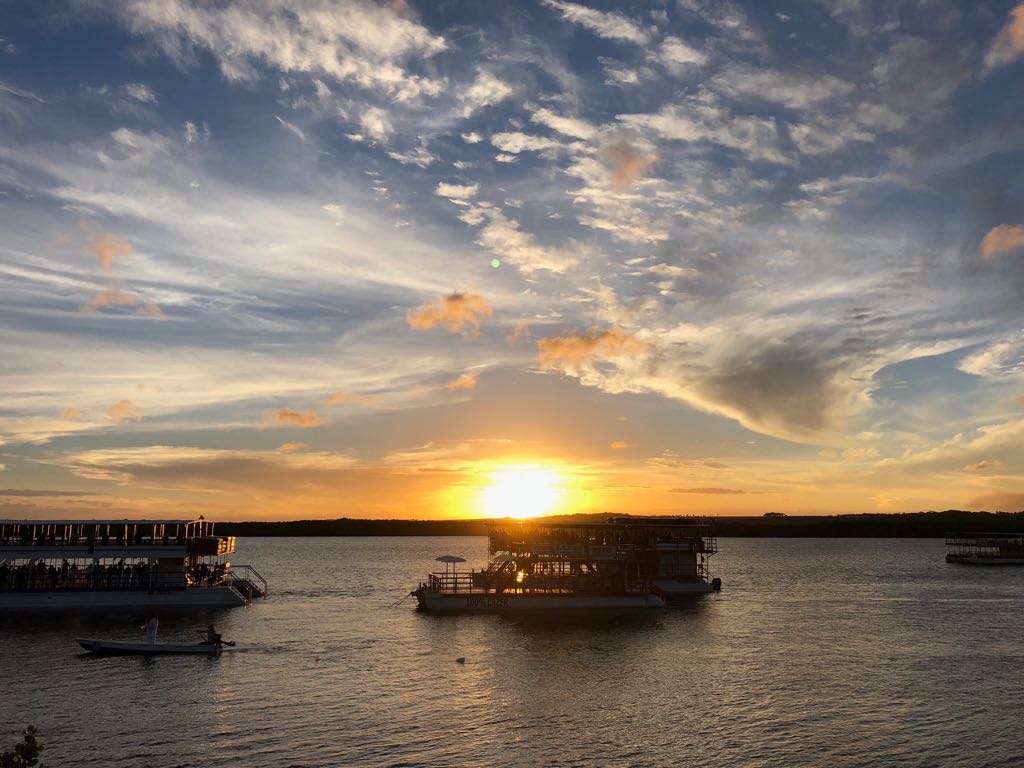 Not everyone in João Pessoa speaks English. While people in hotels and other tourist areas of João Pessoa will speak English, you simply can’t expect every local person to speak it fluently. I actually think there are lots of benefits to visiting a place where the majority of people don’t speak English, as I have spoken about before, but some people might be surprised by the lack of English. While there is some English taken in school, I believe their education in English to be a little bit better than Ontario’s French education. Some people you meet will be fluent, but that is more common among the younger generations.

That being said, the people in João Pessoa are incredibly kind, and they are genuinely excited to try to speak with you in English. With the assistance of Google Translate, and some patience, you can likely talk with anyone.

One thought on “João Pessoa”