Porto de Galinhas started out being known as Porto Rico, which means port of riches. However, when slavery was outlawed in Brazil, Porto De Galinhas continued to allow the importation of “chickens” (read: slaves) through the city, and the name stuck. Unlike many cities with not-so-glamorous histories, Porto De Galinhas acknowledges its history and has taken it back. The chicken is now a symbol of cultural significance and pride in the city. 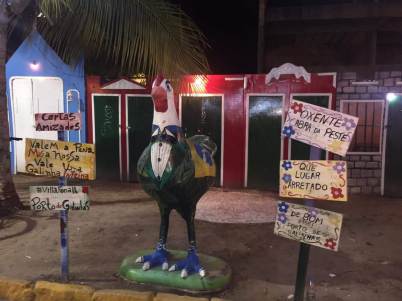 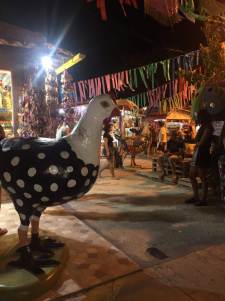 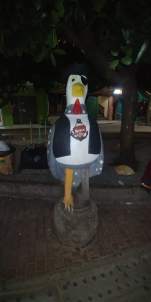 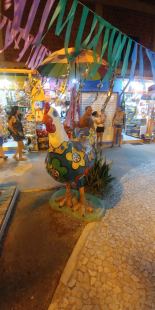 After playing spot the chicken for about ten minutes, we realized that it would have been easier to try to find places without chickens, they were everywhere.

Porto de Galinhas has a thriving downtown, but oddly, the downtown is only busy from about 2 p.m. until 9 p.m. I’m not sure what there really is to do in the city outside of those seven hours. The first day Minha Noiva (my fiancee) and I went, we got there a bit late (around 8 p.m.), and while there were still many people there, by the time we had walked the length of downtown it was clear the crowd was slowly dispersing. I do wonder if it might be busier on a weekend (we were there Monday-Tuesday), but other cities (like Pippa) are busy regardless. When we went there the next morning around 1 p.m., entire streets were empty with the stores not opening until 2, although there were a few restaurants open to accommodate the guests of the many cute hotels right in the heart of downtown.

However, Porto de Galinhas is very much centred on tourism, and you will find lots of signs in English, and all the restaurants had english-language menus (although I personally try not to use them too much, so that I can continue to improve my Portuguese). Porto de Galinhas is also a less expensive city, with good deals on shopping, and inexpensive food.

Outside of downtown Porto de Galinhas, however, there are many resorts and beautiful homes. We stayed in a resort named Viva, which I would highly recommend, although there were many others to fit all sorts of vacations. At ours, it was something called “half-board”, which meant ours breakfasts and dinners were included, but lunch (which is the main meal in Brazil) we were on our own. I liked this style, as it allowed us to try different foods throughout the trip, but also we could also be lazy and just walk in to the restaurant first thing in the morning, and at the end of the day. There is a lovely little bike path that connects all of the resorts to downtown, so you don’t have to worry about getting around.  The hotel was clearly aimed at both families and couples, having a bunch of stuff for kids to do, but also having locations where couples could have romantic meals alone. 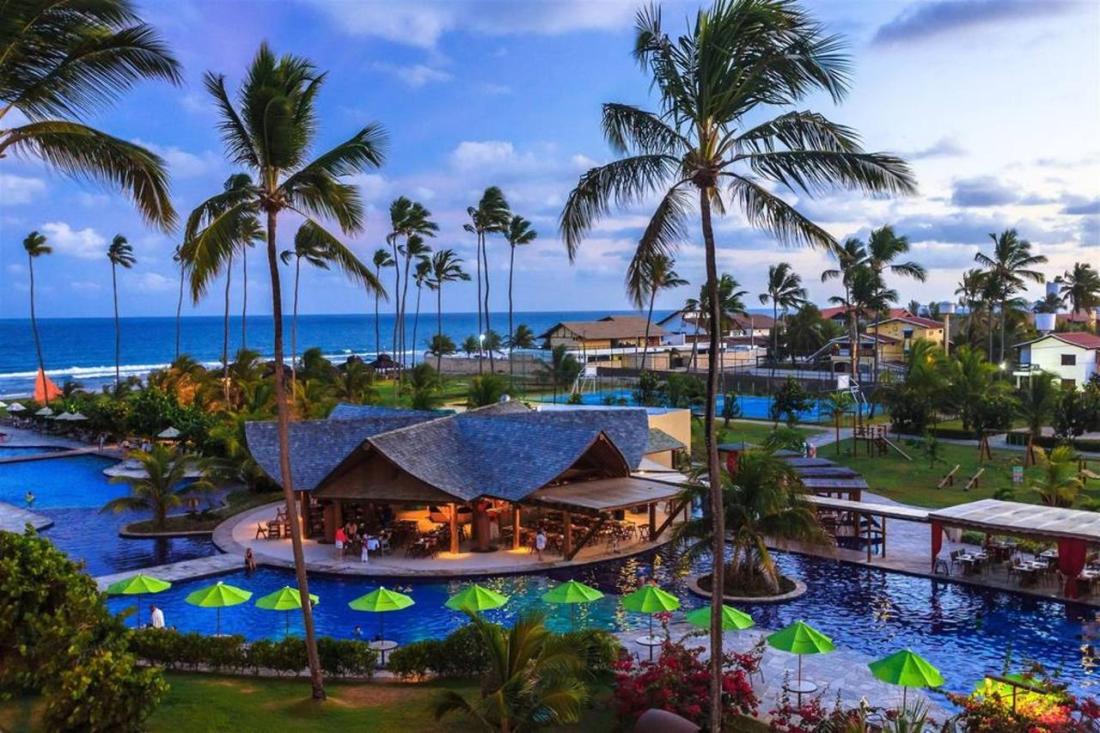 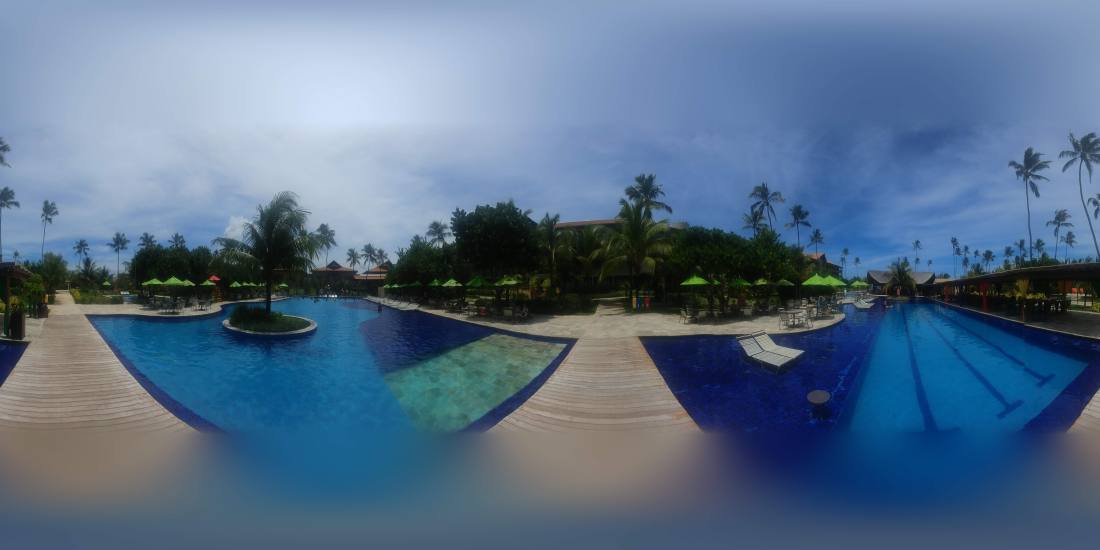 One of my favourite locations next to Porto de Galinhas was the Praia de Carneiros (Sheep Beach), which is located on a beach of an ocean inlet, and has a lovely church on the beach. The church is so close to the ocean, that at high tide ten steps should take you from the front door of the church to the water below. The water is not deep near the church though, with people able to walk more than halfway out towards the other side of the inlet before switching to swimming. The church is a common stop for all of the boat tours of the area (which are surprisingly expensive), and there are even horse buggies that take you back and forth from the church to various resorts along the beach.