Brazil is well known in Canada (and North America generally) for Carnival, even to the point that some stereotypes of Brazil tend to focus on some traditional samba dance wear due to its association with some Carnival celebrations.

However, one of the other big Brazilian celebrations is nearly unknown outside of Brazil, that festival is called São João, also called Festas Juninas. 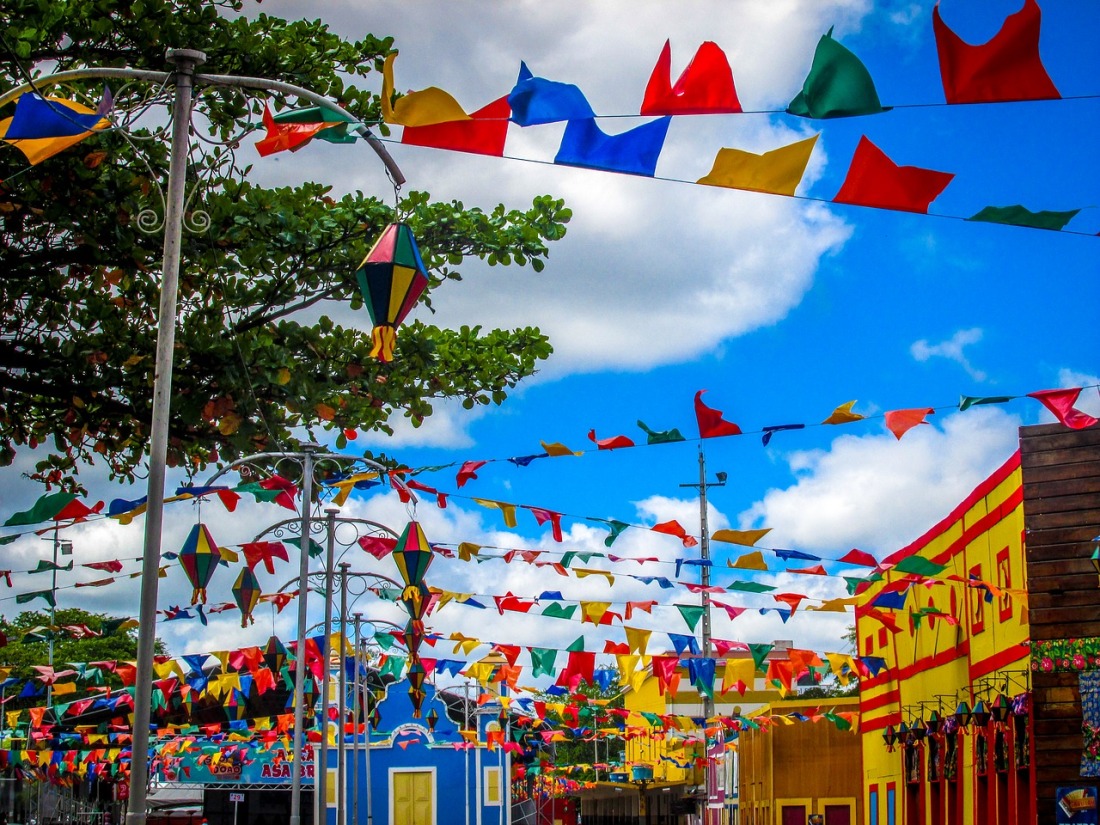 Sao Joao is a festival mainly held in the North and Northeast, but can also be found in the interior of São Paulo and other large urban centers. It started as a tradition imported from Portugal associated with St. John the Baptist, whose has a Feast day in June, leading to celebrations throughout the month, and sometimes even into July.

This holiday has now become a celebration of the rural life of farmers (called Caipira – this word has similar associations to the redneck or yokel though, so they can use it to refer to themselves, you cannot), with boys dressing up in straw hats and plaid shirts, while girls dress in country dresses and pigtails.

They dance in “Quadrilhas” (think square dances – even the music is surprisingly similar), and the festival celebrates the fertility of the land by hosting a mock wedding as the centre of the Quadrilhas.

Common midway games from North America are also found at the festivals, including mock “fishing” for prizes, ring/dart toss, and three-legged races. One-legged races are also popular stemming from their association with the Brazilian folklore surrounding Saci – a Brazilian prankster genie, who grants wishes to those who trap him or manage to steal his cap.


Essentially, when trying to imagine Sao Joao, think of the Calgary Stampede, with a less rodeo, and a lot more emphasis on country dancing, and you’ll get the gist of it.